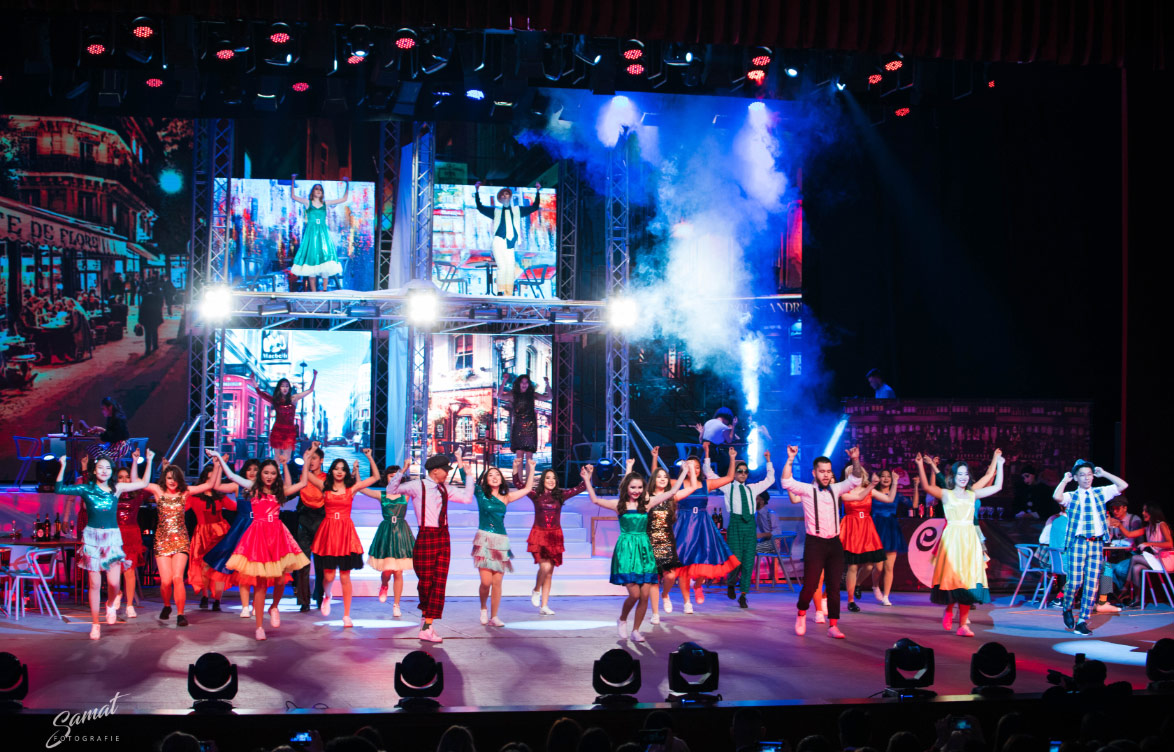 AUCA student theater was founded in 2002 and was named  "Debut".  In 2013, on its 10th anniversary, the theater was renamed "Mirrors" and performed the first same name musical. In 2014, "Mirrors" got the "Choice of the Year in Kyrgyzstan" award in the "Theater without Borders" nomination.

The repertoire of the theater includes performances such as "Mirrors", "Red Sails", “Good Buy Old Square”, "7 Temptations of Mr. N", "Pygmalion Show", "Games of the Time", "Alice in Wonderland", "Cafe 7/6".  Traditionally these musicals are prepared for the Initiation Day, the one of the main events in the AUCA Academic year calendar. Every year more than 40 freshmen take part in the musical as debutants.