WARC Tutor among Winners of First Accounting Championship in Bishkek 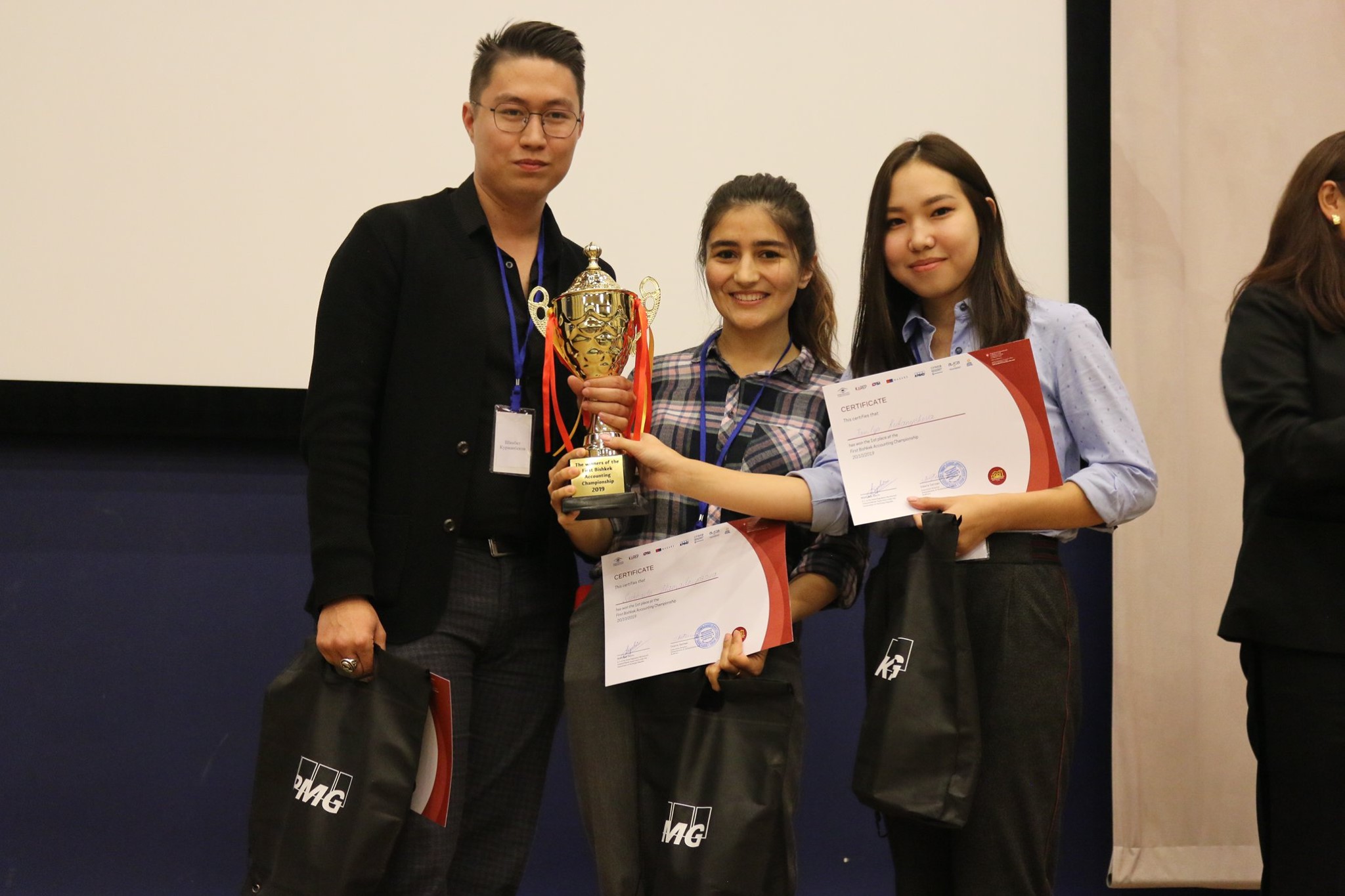 Congratulations to Suhailo Mamadniyozova for being part of the winning team at the First Accounting Championship in Bishkek, an academic competition held on AUCA’s campus this past weekend. The competition had about 200 people register from both Russian- and English-language universities across Kyrgyzstan. AUCA BA students Uulzhan Aitnazarova, Shaislam Shabiev, and Jyldyz Apyshova were responsible for organizing it.

In addition to Suhailo, the winning team, the Bad Assets, was composed of Jamilya Kubanycheva from AUCA's Economics department and Shambet Kurmanbekov, a graduate of Northampton University in the UK.

Suhailo, who tutors both accounting and writing at the WARC, says that her work as a tutor was a great help to her during the competition. “[Theory] just kind of fades away if you don’t implement it, and the one way I do implement it is by tutoring,” she explains. “This initially was my goal: tutoring for accounting is one way of keeping my mind up with accounting.”

For the first round, students competed as individuals, taking an exam that covered subjects ranging from ABC costing to transaction recording and included both theory and computation. The top performers were put into groups for the final round. “Our team members were so devoted,” Suhailo says, crediting the team’s positive dynamics with their eventual victory.

For Suhailo, the win was particularly impactful as this was the first accounting competition she had ever taken part in. “I have the cup at home now,” she says, adding that the team members are planning to rotate possession of the trophy every three months. For now, while it’s still hers, “it has a special place.… It’s my first cup ever.”