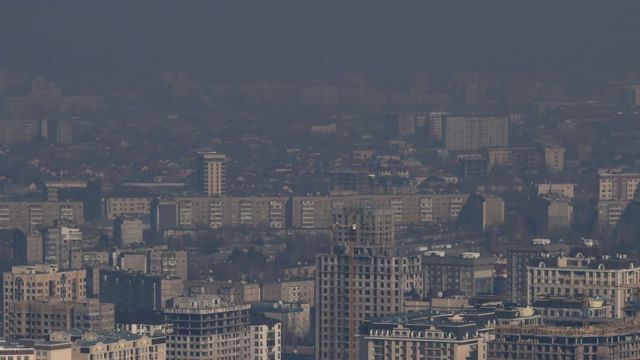 Several research centers – the Tian Shan Analytical Center (TAC) of AUCA, the OSCE Academy, as well as the Center for Environmental and Development Studies (CED) and the Department of Applied Geology of the American University of Central Asia – conducted a study on the air quality problem "Smog in Bishkek: Myths and Reality" this summer.

The situation with air pollution in Bishkek over the past few years – in 2019-2021 during the winter months was unprecedented. Local sensors that monitoring air pollution in Bishkek recorded the excess of the dangerous level of PM2.5 concentration in the air last winter for several days in a row (the dangerous level is 300 micrograms, and in Bishkek the level of 50 micrograms was recorded!). According to the youth environmental movement in the Kyrgyz Republic MoveGreen, in December 2020 – January 2021, the average daily concentration of PM2.5 exceeded the corresponding standards of Kyrgyzstan by 8-12 times!

"Thanks" to such an extremely high concentration of dangerous pollutants in the air – small solid particles (PM2.5) and nitrogen oxide - our capital has repeatedly taken the first place in the AirVisual rating among the cities with the worst air quality in the world (iqair.com).

According to eco-activists and scientists, geographical (the location of Bishkek in the Chui region), winter meteorological and climatic features (frequent temperature inversions, cooling) are favorable for the occurrence of smog in Bishkek.

The problem of air pollution in the capital in winter has been the subject of active public discussions over the past few years. Air quality data comes from many sources, including inexpensive monitors, as well as professional sensors. All of them show a very high level of air pollution in Bishkek during the winter months. However, there are still many gaps in the analysis of this problem. There is no clear understanding of the main sources of pollution – experts opinions on this issue vary.

Therefore, AUCA set the main goal of its research to deepen the current understanding of the causes and consequences of extreme air pollution in Bishkek in winter period.

The AUCA research group conducted an analysis based on open data on air quality in Bishkek from various sources in order to get answers to the following questions:

The authors of the study:

The analysis of extreme pollution phenomena in Bishkek during the winter months of 2019-2021 showed that the influence of climatic conditions on the level of air pollution in Bishkek is very large. In 2019, 4 cases of extreme air pollution were registered (all in December), in 2020 – 5 (also in December), and in 2021 – already 40 cases (all in January). All 49 winter cases of abnormally high PM2.5 concentrations registered by the US Embassy sensor since February 2019 were preceded by temperature inversion events in Bishkek.

Another conclusion is that before these extreme pollution phenomena, there were cases of snowfall / rain / fog or the presence of a strong anticyclone.

As for the sources of pollution, the researchers concluded that the greatest contribution to anthropogenic PM2.5 pollution in Bishkek during the heating season is made by households and buildings that are not connected to the Thermal Power Station (ТЭЦ). Over the past 6 years, coal emissions have increased by 22%. Moreover, the data show that coal consumption is growing.

On the 2nd place – the Thermal Power Station. (However, it is difficult to assess how much the TPS contributes to the increase in the PM2.5 level in Bishkek without detailed information about the effectiveness of the emission control system installed at the plant.)

The third most important source of winter PM2.5 pollution is cars.

Where sensors are installed in Bishkek that assess air quality, through which Internet portals you can see open data on air pollution for various pollutants, as well as the data themselves, calculations, tables, diagrams, you will find in the study here.

How is air pollution dangerous for health?