Chair of the International and Comparative Politics Department / Associate Professor 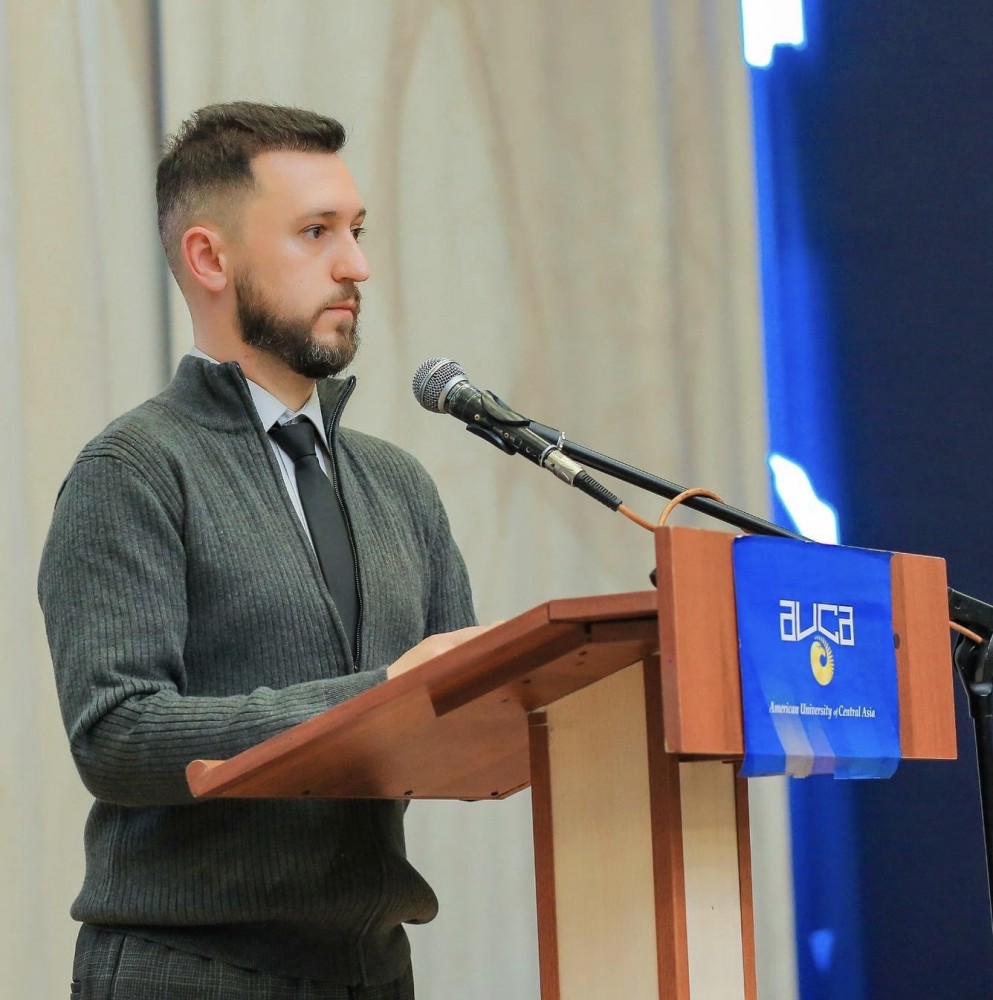 Dr. Atsungur joined AUCA in 2012. Over ten years of teaching experience at AUCA, he has been offering more than twenty courses, including the Network and OSUN Online Courses, to deliver up-to-date content and work on students’ critical and professional skills. Dr. Atsungur, furthermore, has extensive experience at the administrative level, as a member of the Uchenyi Sovet and Faculty Senate (particularly in the Student Intellectual Life Committee, and Research Committee). Currently, he is also Head of Social Sciences division.

11. University of Surrey, An International Multidisciplinary Symposium on the Receiving End of Intervention: Methods in Human Security, “A Gender Perspective of Human Security in Bosnia-Herzegovina: Freedom from Want vs. Freedom from Fear” presented, June 16 – 17, 2014, Guildford, The United Kingdom.

12. The University of Nottingham, Politics without Borders: A cross-disciplinary exploration of the challenges facing a globalized world, “The Philosophical Debate on Russian Choice of Democracy: Zapadnichestvo (Westernizers) vs. Slavophiles” presented, June 12, 2014, Nottingham, The United Kingdom.

13. Russian Presidential Academy of National Economy and Public Administration (RANEPA), The Varieties of Russian Modernity II: Religion, State and Approaches to Pluralism in Russian Contexts, “The Politics of Religion in Russia since 1991: The Compatibility of Russian Orthodox Church and a Pluralist Society” presented, May 14 – 16, 2014, Moscow, Russian Federation.

19. Nordic and Baltic Studies of the Romanian Association (Asociatia Romana pentru Studii Baltice si Nordice), III. International Conference on European Networks: The Balkans, Scandinavia and the Baltic World in a time of Economic and Ideological Crisis, “The Politics of Painting: Political Graffiti in the Balkan and Baltic Regions” presented, May 25 – 27, 2012, Targoviste – Dambovita, Romania.

20. Ege University, European Student Conference on International Relations: The Balkans: From Past to Present on the 100th Anniversary of the Balkan Wars, “Kosovo Issue in the light of Ethnic Conflict Theories and the Role of the European Union” presented, May 03 – 04, 2012, Izmir, Turkey.

7. The Center for Russian Studies, International Summer School 2021, “Russia and the Region through the lens of Post-Soviet and Post-Colonial Studies,” July 05 – 09, 2021.

34. University of Tartu, “People and Territories: Bio-power and Geopolitics in the Black Sea and the Caucasus.” February 11 – 17, 2018, Tartu, Estonia.